More often than not, we think of gold as something we wear. But for centuries, dating back to ancient Egypt, it’s also been something we eat. (The Egyptians believed gold was sacred food.) And more recently, we’ve seen more bling than ever popping up on our plates around the globe. “It’s right in line with the fact that yellow gold is back in fashion,” says Alessandra Altieri, pastry chef and director of Bouchon Bakery. “Gold on desserts was a lot bigger in the late ’90s and early 2000s. Just like fashion trends, you can run the risk of your desserts looking dated, but since it’s made its way back, it’s my favorite edible accent decor!” 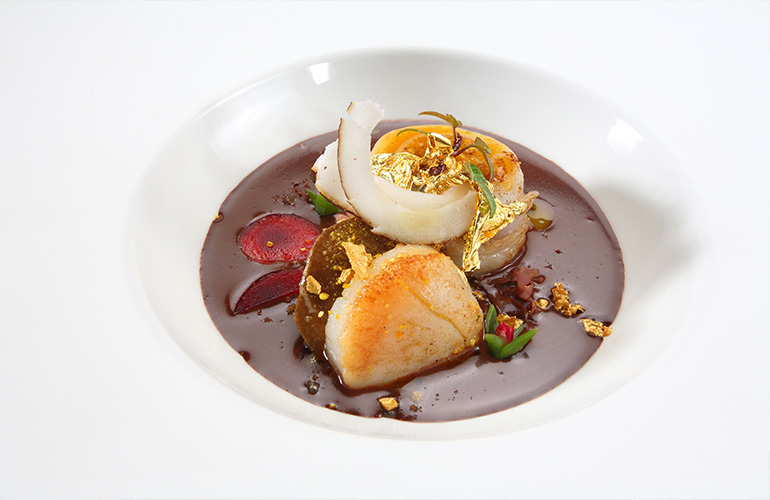 What is edible gold, exactly? It is a nontoxic, pure form of the metal that is available in a variety of forms, like gold leaf, and typically costs about $145 per gram (which is actually far more expensive than most jewelry-grade gold). Classically, it is used as a garnish or topping for dessert concoctions. Most outrageous of them all, perhaps, was Stephen Bruce of Serendipity 3’s Frozen Haute Chocolate sundae that made headlines for being covered in 23-karat edible gold–infused whipped cream, and costing a whopping $25,000. 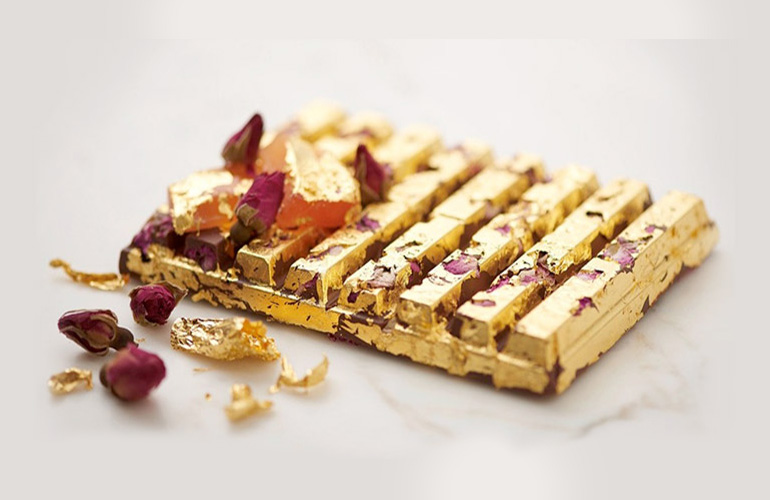 Even mass-producers are hopping on board the gilded trend. A few weeks ago, Nestlé Japan made a splash in the headlines when it announced its fanciest Kit Kat ever—a limited-edition (there will be only 500 made), $16 chocolate bar covered in pure gold.