All about the $1.8 million Champagne bottle. #OHMG!

Here is a bottle that you would never throw. A champagne producer has created what is called the most expensive bottle in the world after setting a 19-carat diamond worth $ 1.8 million.

Handmade in 18 carat solid gold, Goût de Diamants signed with the Superman style logo that is centered by a single, impeccable white diamond with a deep cut of 19 carats, instead of the Swarovski crystal that is normally inserted.

The bottle was created for a private customer who remained anonymous. The label is also carved on 18-carat gold foil and is engraved with the customer’s name. Commissioned to create the one-of-a-kind bottle designer Alexander Amosu, who is already known for embellishing other items such as iPhone and BlackBerry. 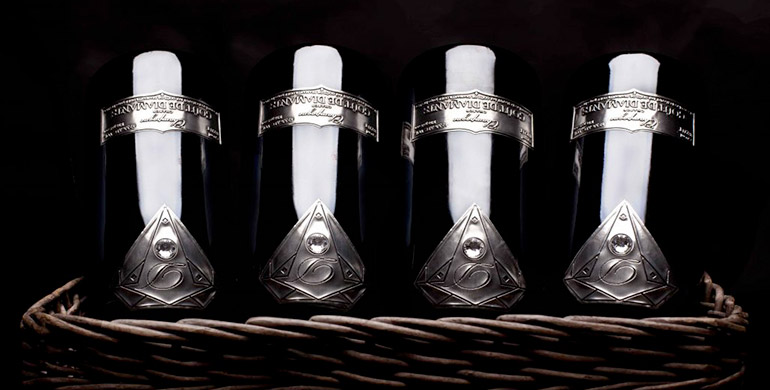 In 2009, the UK designer also established a Guinness World Record for creating the most precious dress in the world. Meanwhile, within the Goût de Diamants bottle, a blend of Grand Cru Chardonnay, Pinot Noir and Pinot Meunier that offers a fresh, creamy floral texture that ends with a light and elegant finish, says the champagne producer.

It is not the first time that a wine producer has set a rare gem on a bottle to increase the value of its bubbles.